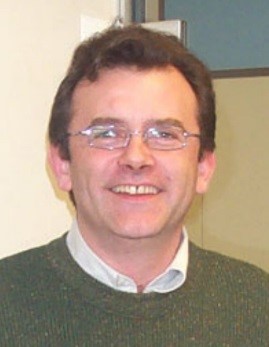 Jean-François Giovannelli was born in Béziers, France, in 1966. He graduated from the Ecole Nationale Supérieure de l’Electronique et de ses Applications, Cergy, France, in 1990. He received the Ph.D. degree and the H.D.R. degree in signal-image processing at Université Paris-Sud, Orsay, France, in 1995 and 2005, respectively. From 1997 to 2008, he was an Assistant Professor with the Université Paris-Sud and a Researcher with the Laboratoire des Signaux et Systèmes, Groupe Problèmes Inverses. He is currently a Professor with the Université de Bordeaux, France and a Researcher with the Laboratoire de l’Intégration du Matériau au Système, Groupe Signal-Image. His research focuses on inverse problems in signal and image processing, mainly unsupervised and myopic problems. From a methodological stand point the developed regularization methods are both deterministic (penalty, constraints,…) and Bayesian. Regarding numerical algorithm, the work relies on optimization and stochastic sampling. His application fields essentially concern astronomical, medical, proteomics, and geophysical imaging.

We are using cookies to give you the best experience. You can find out more about which cookies we are using or switch them off in privacy settings.
AcceptPrivacy Settings