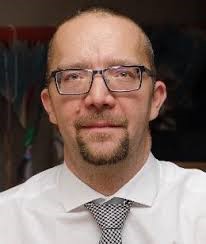 Mihály Kovács was born in 1977. After completing a first MSc at the Eötvös Loránd University, Budapest, Hungary, in 2000, he obtained another MSc and later, his PhD at Louisiana State University, Baton Rouge, USA, in 2002 and 2004, respectively. He spent several years lecturing at the University of Otago, New Zealand and at the Chalmers University of Technology and University of Gothenburg, Sweden. Since 2019, he has been full professor at the Faculty of Information Technology and Bionics, Pázmány Péter Catholic University. He also became DSc of the Hungarian Academy of Sciences in Mathematics in the same year. His research interest focuses on the analysis and numerical analysis of deterministic and stochastic partial differential equations.

We are using cookies to give you the best experience. You can find out more about which cookies we are using or switch them off in privacy settings.
AcceptPrivacy Settings